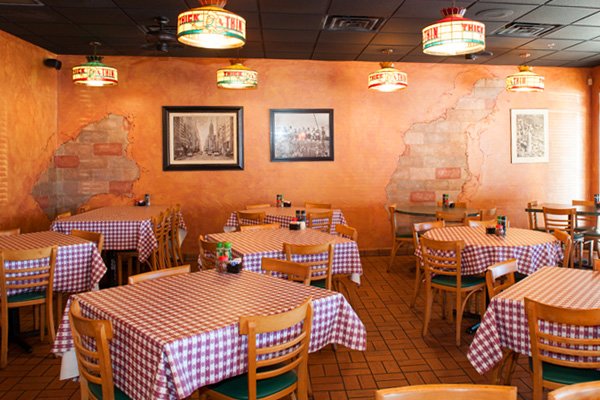 Founded in 1979 by Tony Scaduto, Nino’s Thick & Thin quickly became a neighborhood favorite in San Carlos Park area of Fort Myers, serving the tastiest pizza and traditional Italian specialties from old family recipes. That year, Tony’s nephew, Giuseppe (Joe) Ciancimino arrived from New York City at the young age of 15 to help with prep in the kitchen. At 16, Joe was running the front of the house. A year later, he was back in the kitchen cooking main dishes. Joe was promoted to business partner at the age of 19 and by the age of 22, in the year 2000, he became full owner of the restaurant.

Today, over 40 since Nino’s Thick & Thin first opened, Joe and the entire Ciancimino family are carrying on the same traditions that made the restaurant a Fort Myers landmark back in 1979. Over the years, Nino’s Thick & Thin has grown. With the addition of a full cocktail bar, expanded dining room and catering abilities for special events, Nino’s Thick & Thin proves more than ever, that they are the hallmark of New York pizzerias in Southwest Florida. The restaurant has become legendary, drawing patrons from all over Southwest Florida and guests returning during the warm winter months from across the country.